When I was growing up, every Saturday morning I was awakened by the sound of my Mother typing. She was pounding out her weekly article for the Southern Dutchess News. She typed on an old, black, heavy as a boat anchor, Royal typewriter. She is retired from journalism now, but is still a Town Historian and an author. I’m sure she will read this and correct my spelling or punctuation somewhere. When she typed on the Royal, all the floor boards shook, the windows rattled. I’m sure the neighbors thought we were using some sort of heavy machinery. I used to play on the typewriter, pretending to work in an office. I would try to type as fast as Mom did. I didn’t know how to type yet, so I would use up her good typing paper on gibberish. When I was in junior high Mom gave me a book on how to type. It was the same book she had learned from when she attended NYU. It was easy and I picked it up quickly. I never could type as fast and accurately as Mom can, though. I was sad when Mom sold the old Royal and got herself an electric typewriter. One little flinch of your finger and you have typed a letter, usually the wrong on. One couldn’t be delicate when typing on the Royal. You had to use all the strength you had in one finger to get that key to go down. I think this is where my love for old typewriters began. Somehow a computer keyboard doesn’t have the same classy look as an old Royal. Sort of like the difference between a Model A and a ’72 pinto.

When I was about four years old my Mom went to work part time. She left me at a neighbor’s house, where the woman who babysat me was quite a character. Her name was Charlotte Osterc. She was a widow and most of her children were grown and had moved out of the house by the time I came along. She had a habit of saving everything. I liked staying at her house; she had a jukebox in her living room. Anything in our house that we didn’t recycle, reuse or compost went to Charlotte. She would burn all the paper items in a barrel. Anything she couldn’t burn would go into her barn for safe keeping. If my mother threw something out that I wanted to save, I was confident I could find it in the barn days later. When I was a Brownie, our troop made a project with a cactus. We filled a clear jar with sand and decorated it with plastic figurines. Mine had a white plastic bunny that sat next to the cactus. The cactus eventually drowned and died because I over-watered it, so Mom threw it out. I didn’t know until one day I was exploring in the barn and I saw the plastic bunny sitting on the shelf. I still have it.

My Mother’s Father, ‘Opa,’ lived to be 101 years old. During his retirement years he became a saver. A rummager. A recycler. A pro at dumpster diving. A terrific gardener. He taught me how to pollinate the tomato flowers with a paint brush because he used to say you can’t always count on bees to do it. He said gardening helped him relax. He grew white and red grapes, quince, all different kinds of apples, and had several cherry trees. The garden was filled with green beans, yellow tomatoes, rhubarb, dill, peppers, strawberries and a ton of zucchini. My grandmother, Oma, had the whole place brimming with flowers. It was a magical place to me. I spent a lot of time at their house.

When I was about then years old I became a volunteer at the Van Wyck Museum in Fishkill. My Mother being the Town Historian was deeply involved in getting the museum up and running. They would have archaeological digs on the property and surrounding areas. It was interesting to see what would come out of the ground after more than two hundred years. Broken dishes, pieces of clay pipes, corn cobs and that’s just the stuff they found under the outhouse. I learned that every object must have some kind of history. When I bring home an old key and my husband tells me it’s probably from a ’46 Chevy, I can’t help think about who, what, when and where.

My Dad was a refrigeration man by trade. He later went to work for the post office. He was a quiet man that enjoyed observing nature. He would put fruit juice on the end of his finger and let the yellow jackets come for a drink. He would play with a spider by letting it chase and be chased by the eraser on the end of his pencil. He always had a pencil tucked behind his ear. It was so he could be ready at all times to do a crossword puzzle. He did at least one a day. Sometimes he would get stuck for the answer, and a challenge would begin. Find the answer! He would pull out this huge, heavy, 8″ thick Websters dictionary and ask me to look something up. Whenever there was a question about something, we referred to the dictionary. There was no such thing as Google or the internet. If Dad didn’t know the answers, the dictionary did. I now have a small collection of old dictionaries. Sometimes I find a word that is defunct in today’s language. Sometimes I enjoy just reading the dictionary, thanks to Dad.

I am blessed to have a husband who appreciates the same things I do. His Dad was a blacksmith welder, who taught him the properties of metal. Terry had many uncles who taught him about hunting, fishing, cars and good healthy food. His grandmother, who lived on a farm, taught him old fashioned cooking techniques. Thanks to his Dad and family who taught him all those things when he was growing up, I believe he has more common sense and old fashioned knowledge of things than the average fifty year old man of today. He is the ultimate recycler and has a photographic memory. He can connect objects to people and places that most people wouldn’t even notice. Terry and I enjoy going to car shows, yard sales and appreciating those old fashioned things.

I enjoy seeing what people throw away, that must be the Charlotte Osterc in me. I always think about the history of certain items. That must be my Mother in me. When I open one of my dictionaries to read, that must be my Dad in me. After a stressful day at work I enjoy spending time in the garden. That must be my grandfather in me. My husband reminds me that I have jumped into a few dumpsters in my time too. I’m sure Opa was there cheering me on.

This was originally typed on an electric Smith-Corona, Cornet Super 12. For correct grammar and spelling I referred to my 1966 Grosset-Webster Dictionary. 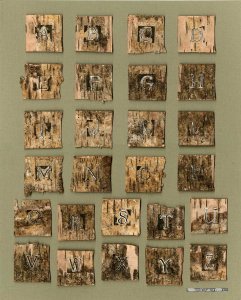 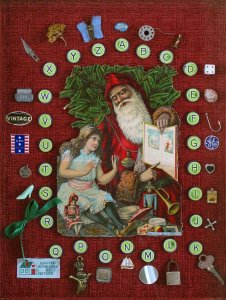 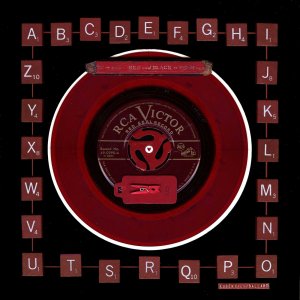 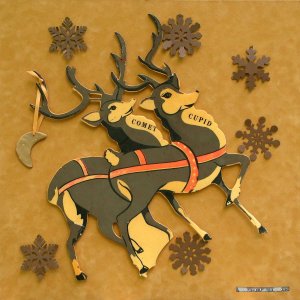 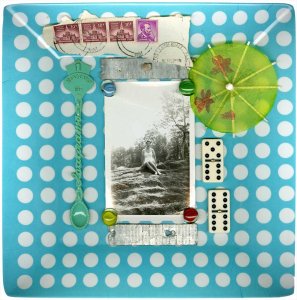 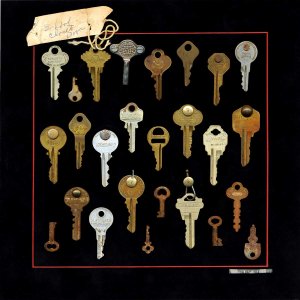 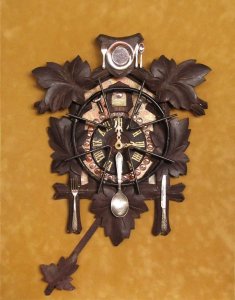