Simi Stone, born Simantha Mollylou Sernaker in Woodstock, NY, is a songwriter, musician( violin, voice, guitar) and visual artist( pastel and ink) – view artist trailer (copy and paste this link) https://youtu.be/HvnOR7fKZXQ Simi’s talents in the recording studio, on stage, and canvas are varied and wide ranging, most likely due to an eclectic upbringing, with musicians, writers, and painters on both sides of her family. Having studied from an early age, Simi’s dedication to her craft was always there, whether practicing violin, making homemade recordings, scatting jazz, or studying theatre. Simi’s career had initially mostly focused on music until visual art announced itself after a heartbreaking split with a young sculptor. She suffered a breakdown–the pain from her whole life, it seemed, had been waiting for this moment to emerge. Crying for ten straight days followed by another ten day with a stomach flu, she emerged transformed. She slowly started to come back to the world. Everything looked different: the colors in the sky, the trees, even the way the mountains towered over Woodstock’s valleys seemed different. She was raw. Writing, singing, and performing music had always been her lifeboat, but now whispers in the wind awakened her vision, summoning her to an as yet unknown new place. At the same time, noted Woodstock artist Richard Segelman came into her life and asked to paint her. He called her his muse.They talked and he worked. She related to the struggle of the artist and the incredible love of the craft. The smell of the studio was both foreign and healing. Visual art soon became her constant companion. She fell asleep clutching Van Gogh and Gauguin books. She was able to write perform and record, but any down time alone proved quite painful. There was laughter around the pain, yet she was still plagued with episodes of obsession and what she could only describe as psychosis. Months later, her musical partner David Baron was scoring a film in NYC. She began making trips from Woodstock down to sing and work on the soundtrack. During one of these stints, she became close with the filmmaker and his companion Alexandra, a philosophy student. Both became kindred spirits; with them, she stumbled onto some peace, surrounded by masterful art and intellectual discussions. On one such trip to the city in September 2015, she was hit with a bout of the “psychosis.” When she arrived at the studio, Alexandra could see she was not well. Alex asked her: “What do you need darling, what do you need?” Tears rolling down her face, Simi replied: “I need to draw.” Alexandra discovered a large drawing pad and a beautiful antique box filled with pastels in a drawer in the filmmaker’s studio, the origins of which no one knew. With these simple materials, Simi started to maniacally draw. After awhile, she was hit with great calm, a soothing respite. For the next 48 hours she drew while Alex read to her about Carl Jung’s split from Freud, which became a great point of identification. She related to crushing abandonment Jung had to contend with. Simi was in a peaceful state for long periods of time that weekend with her new friends. When the obsession came hurdling back, she’d retreat to the pad and draw, easing the pain. Alexandra gave Simi the pad and pastels to take home to Woodstock. Simi hasn’t stopped drawing since. She thinks drawing may have saved her life. She hopes to share some of this passion with you in these pieces. 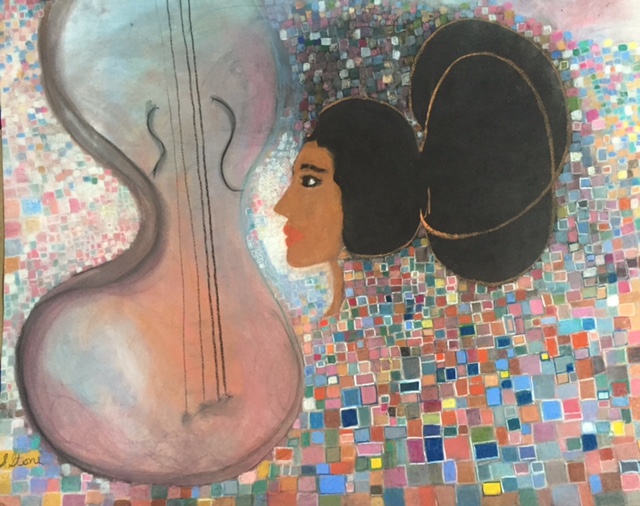 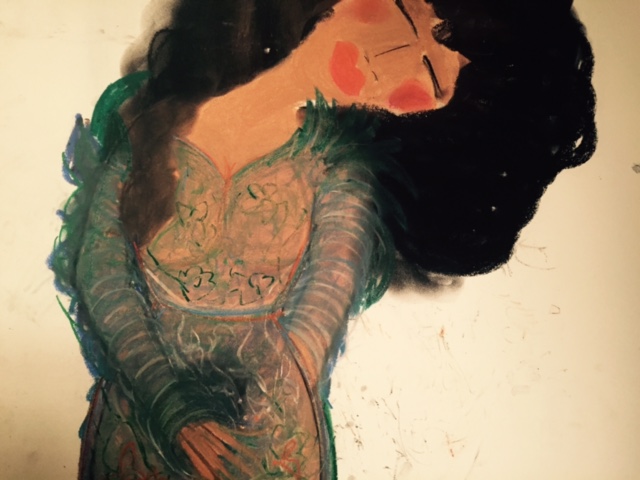